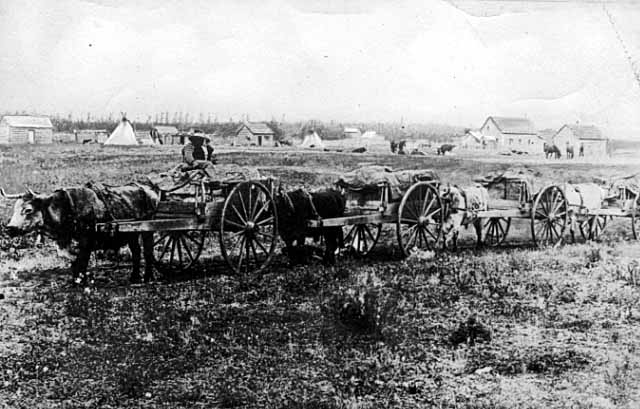 Mrs. Frank Y. Perrin, 68 years of Spy Hill early pioneer of this district died Wednesday at the family residence. Mrs. Perrin had been suffering with heart trouble and complications last spring. Deceased was born in Woodbridge, Ontario in 1864 and was married in Rapid City, Manitoba in 1881. She and her husband homesteaded in Spy Hill in 1887 when but six other families were located here. She was the mother of 14 children, 11 of whom are living. Mrs. Perrin was a valued friend and nurse to many of the wives of the early settlers.

Records showing that she acted in capacity of practical nurse for 200 maternity cases. She was a familiar figure in the life of the community serving as the president of the Lady Grain Growers’ Association. President of the Home Makers Club, Secretary of the Spy Hill Methodist Church, Honor member of the WCTU and in the later years frequently acted as chairman of community hall meetings and other public affairs. Her accounts of early pioneering days were often feature items on the programs of the Spy Hill Literary and Debating Society.

Funeral service was conducted by Rev. E. Unstead in Spy Hill United Church Friday afternoon, October 9th, when the church was filled to overflowing with relatives and friends. Many beautiful floral tributes, one being a community wreath, attested to the high esteem she was held.